Was musing the other day about the various salty chips/snacks that I like and came up with this list. These are my top 5.

Email ThisBlogThis!Share to TwitterShare to FacebookShare to Pinterest
Labels: Food

After about a year and a half since getting a Fitbit Charge HR, the fitness tracker has given up.  I received it as a Christmas present, and was pretty happy with it.  Steps tracking was fine, HR monitoring was usually high by 10-15% but not a big deal.  Good community, I enjoyed getting cheers or taunts from my friends who also had Fitbits.  The integration with other apps is good too!

That is, until the last 6 months, when a bubbling issue in the band crept up.  My fault for not immediately contacting Fitbit about it, but my 1 year warranty lapsed before I could contact them for a replacement.  Now I know from the forums that it is a known, repeatable issue.  What I didn't know is that the bubbling would later become catastrophic for the device.  I figured I could live with it.

The band itself is attached to the tracker plastic, maybe with an adhesive.  The band is a rubber material that will expand gradually over time, with heat and exposure to daily use.  Thus, the bubbling is an inevitable occurrence.  Bad design choice.

A few weeks ago, the band had release almost entirely, revealing a slightly cracked plastic interior body of the tracker.  Bad.  Weirdly, I did not see any adhesive or cohesive failure on the widest part of the band, where more glue would have definitely helped.  Bad.  Then, last week, the last vestige of connection between the band and tracker gave up.  Again, no obvious adhesive/cohesive failure from epoxy.  Did Fitbit just press the band to the tracker together thinking this would work and last? 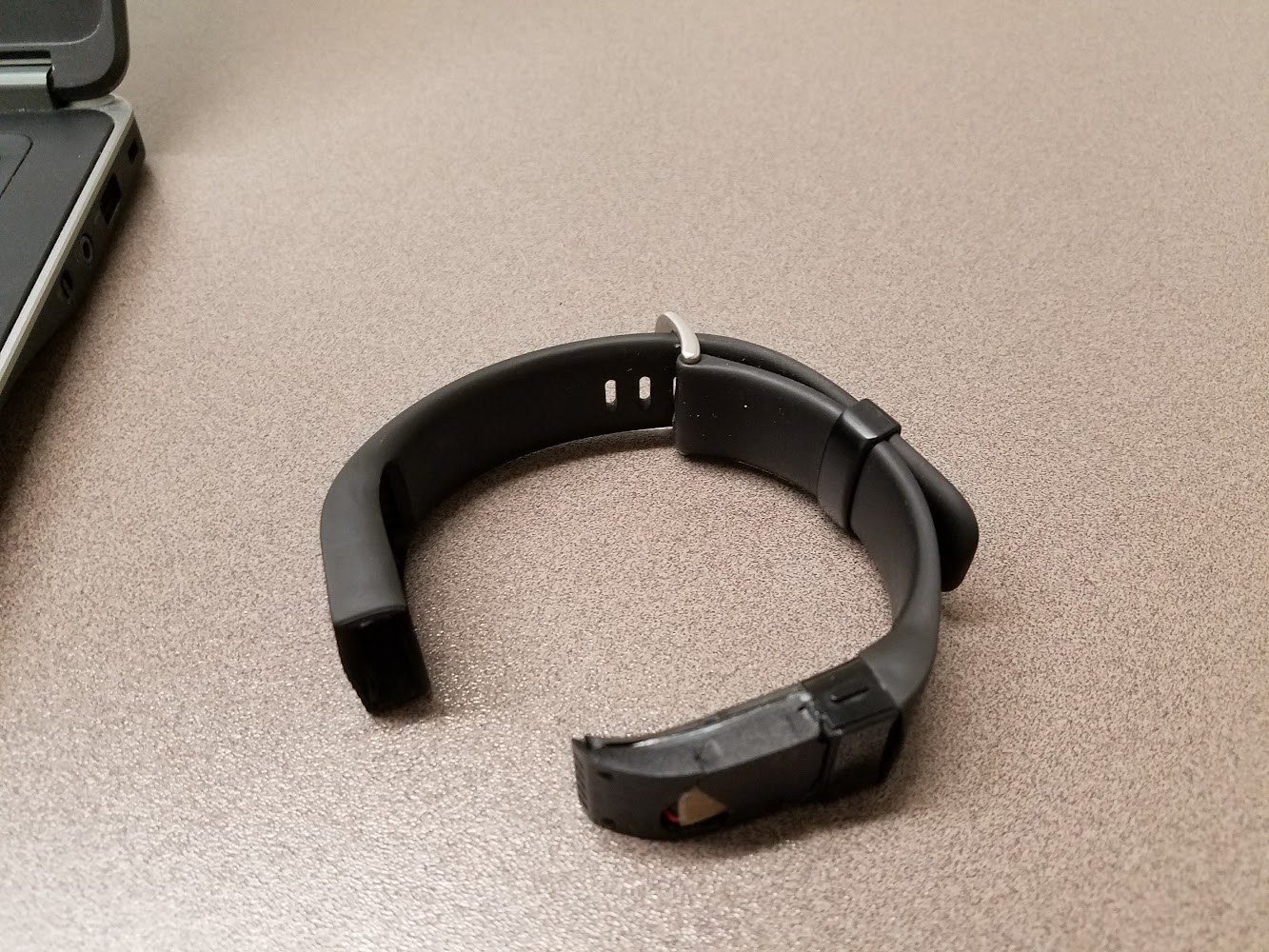 I tried to fix it all with Krazy Glue, which adhered the band and plastic exterior of the tracker just fine, until a day and half later where the plastic interior portion (previously cracked) also broke. 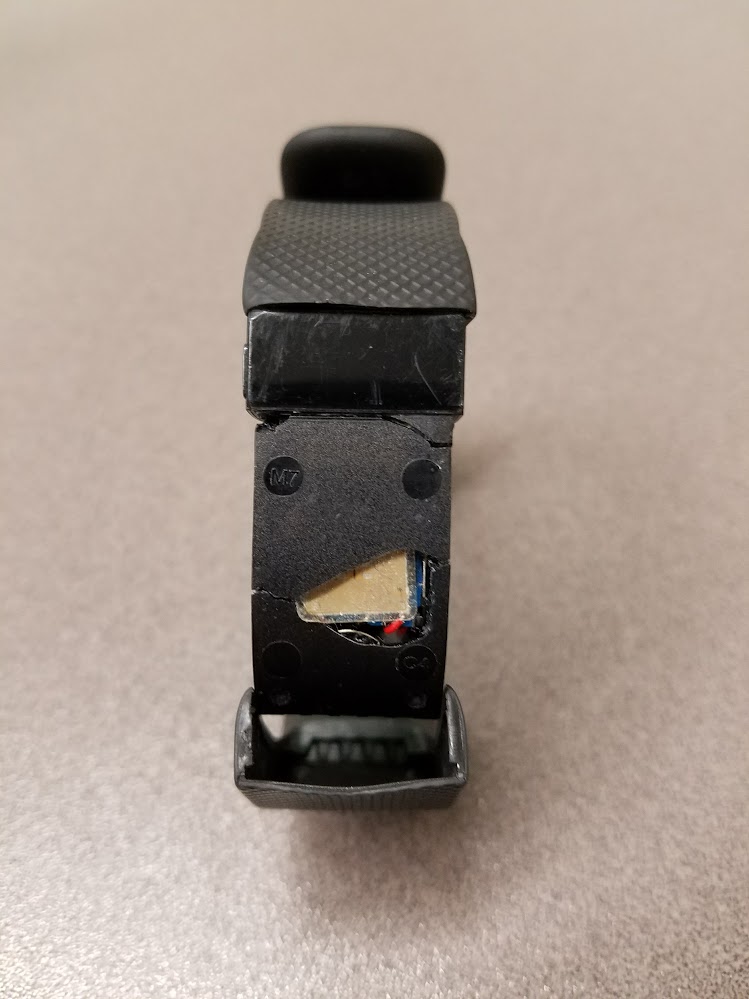 The plastic body was also attached to the PCB, see above.  Broken plastic, bent PCB, broken tracker. Wouldn't even Charge anymore.  All in all, $130 worth of Fitbit Charge HR fitness tracker is pretty much dead.  Sadly, a poor purchase choice, wish these issues were something that could've been mentioned in the review articles that I read, but long-term use is rarely a topic.  Lesson learned, check the forums for a gadget ahead of time before deciding to purchase.  This doesn't work if you're an early adopter though (which I was not.)

Looking at the Charge 2, I see similar design and would definitely not pick one up.  Would not recommend.

Initially, I'd give this 4/5 stars for the community and software integration, but with these hardware issues, I'd have to say, 1/5 because reliability and longevity have to be considerations for an item >$100.  This thing didn't even last as long as a phone.
Posted by Endersfist at 6:00 PM No comments: